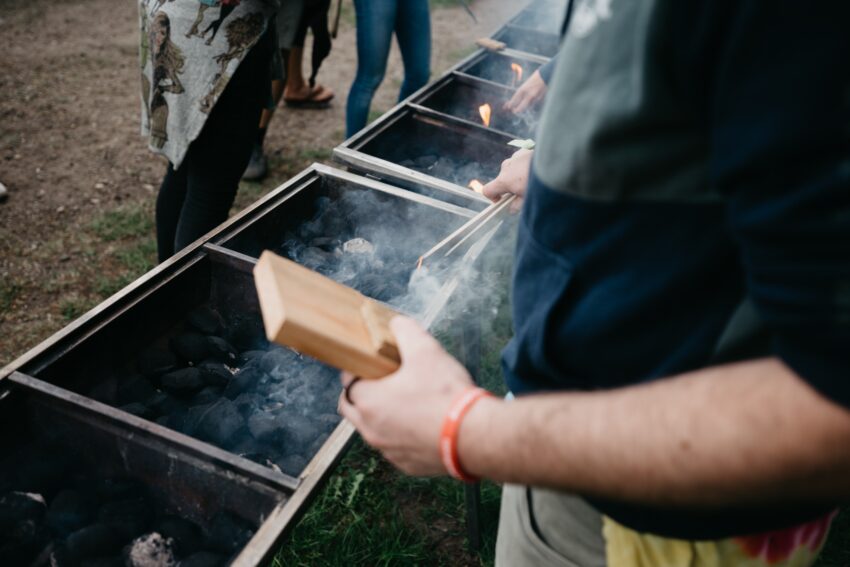 When it comes to firewood, hickory is one of the best performers. Not only does it produce plenty of heat, but it is also great for infusing smoky flavor into vegetables and meat. When you buy hickory firewood, it burns cleanly and for a long time, making it an excellent choice for indoor and outdoor use. In addition, it is a great choice for people living in colder climates.

Hickory firewood is an excellent choice for your fireplace or stove because of its high heat output. Hickory also produces very good coals. It burns more efficiently than wood like maple, ash, or pine. When burned, hickory smells similar to that of black locusts and oak. Compared to other wood types, hickory produces little smoke, but the smoke from the burning process can be quite strong, so be prepared for the smell.

Hickory is a popular firewood choice in the United States and Canada. Its smoky flavor is a welcome addition to many dishes. It also burns cleanly and long, which makes it a great choice for indoor and outdoor fireplaces. Hickory is particularly recommended for people living in colder climates.

Hickory firewood is widely available and offers an earthy flavor that’s good for barbecue and smoking meats. Its smoke flavor is especially good with pork, ribs, and bacon. This wood also works well in pizza ovens. But be sure to use it sparingly since it can produce a bitter taste.

Hickory firewood has a distinct flavor and high heat output. It also smells great. Its bark is distinctive from other types of wood, which is another reason it’s a good choice for a firewood source. The thin layers of bark easily peel off.

Hickory is part of the walnut family, so it produces edible nuts and is a tall deciduous tree. As firewood, hickory should be seasoned before use. This will ensure that it burns efficiently.

Hickory firewood has low sap content, which means it burns more efficiently and produces less smoke and creosote than other types of firewood. It is also relatively dense and tough to split and cut, which makes it an attractive wood to use in the fireplace. However, hickory does produce some smoke when not seasoned, so if you’re considering burning it in your fireplace, you’ll want to consider splitting it first.

Hickory firewood also requires more time to a season than other types of firewood. While some types can be ready to burn after six months, some take over a year. Therefore, hickory firewood should be seasoned for a full year before it is used for cooking or heating. On the other hand, the low sap content of hickory firewood makes it an ideal choice for smokers and grillers who don’t want to risk overcooking their meat on a too-hot fire.

Seasoning your hickory firewood is an essential part of maximizing its performance. This popular wood variety is one of the most efficient firewoods and burns cleanly for a long time. You can use it for indoor and outdoor fires. If you live in an area that experiences cold winters, you may also want to try it for campfire cooking.

Hickory firewood has a rich smoky aroma, making it a popular choice for barbeque parties and fire pits. It also adds a pleasant smell to a winter bonfire. In addition, it produces fewer sparks than other types of wood, making it the perfect choice for house fireplaces and stoves. However, there are a few safety precautions to take when burning it.

Hickory trees can tolerate many soil types, making them perfect for various outdoor and indoor fireplaces. In addition to its wood-burning properties, hickory produces low smoke and is a natural choice for people who live in colder climates.