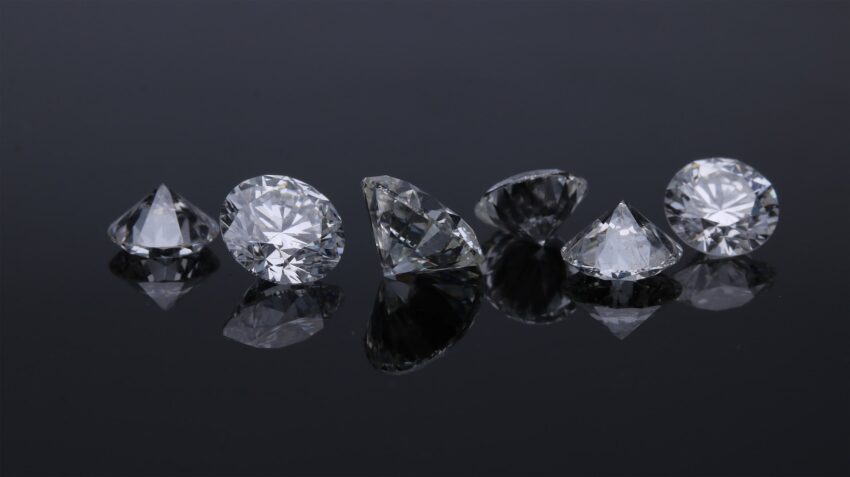 Well, it’s known as a cut (even though it’s technically drilled), and a diamond cut will impact its durability, brilliance, and quality.

A well-cut diamond will have a good balance of fire and brilliance, while a poorly cut diamond may appear dull or lackluster. The cut of a diamond is one of the four Cs of diamond grading, along with carat weight, color, and clarity.

Plus, like most things, there are some popular diamond cuts, especially in the world of engagement rings. However, as you scroll through the different types, you will inevitably come across 2 that look alike – the princess cut and the square cut.

What is the difference between these 2 cuts? Read on to find out.

Those cuts that were mentioned earlier are also known as facets, and they make up the shape of the diamond, as well as the diamonds cut type.

The brilliance of a diamond is linked to the amount of white light that is reflected to the viewer’s eye from a diamond. It is the combination of all the white light reflections from the diamond’s surface and interior, including the brightness of the diamond and the contrast between the light and dark areas. The brilliance of a diamond is determined by the diamond’s cut, which includes its symmetry, polish, and proportion. A diamond that has good symmetry, polish, and proportion will have a higher degree of brilliance than a diamond that has poor balance, polish, or proportion.

With fewer facets, although the princess cut is striking, it has less brilliance than a square-cut diamond.

In simple terms, the more time and effort it takes to prepare a diamond, the more the diamond will cost.

So, with fewer facets, even though it is called the princess cut, a diamond that is prepared in this shape will cost less than one that is cut in a traditional square pattern.

There is no such thing as an unpopular diamond cut, especially when it comes to diamond engagement rings.

However, as is the way, some cuts have found more favor than others. Interestingly, of the 2, the square cut has grown in popularity in recent years, followed by the cushion cut and, of course, the circle cut. This may be because the princess cut is a newcomer to the world of diamond cuts, and thus, it is not associated with being as traditional as the square cut. But times may change, so watch this space.