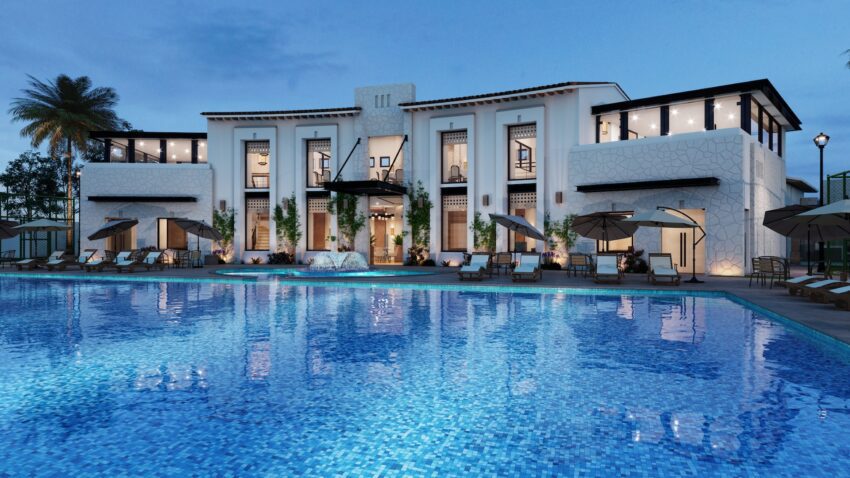 Celebrities are often characterized by extravagant antics, which manifest themselves not only in their behavior. Sometimes even the houses they live in are weird.

In 1991, fashion designer Pierre Cardin bought the Bubble House, designed by architect Antti Lovag for French industrialist Pierre Bernard. The house stands on a rock near Cannes in Théoule-sur-Mer and even 30 years after its construction it has a futuristic and avant-garde look. In the last years of his life, the couturier repeatedly tried to sell Le Palais Bulles, but apparently its price (about 350 million euros) discouraged potential buyers. Recently the Bubble House is back on the market, the price has not been disclosed, but it’s breaking all records.

Le Corbusier was not only a theorist who advocated functional housing but also a practitioner. An example of this is his famous Cabanon, a 15-meter long wooden hut on the Côte d’Azur, which has made it into all the architectural history textbooks, as has the story of its creation. On holiday in Cap Martin on the French Riviera with his wife Yvonne, Corbusier met Tom Rebutato, the owner of the local small osteria “Starfish”. And there, on December 30, 1951, right at the table, in three quarters of an hour, Corbusier drew a sketch of a wooden house on the seashore, which became a birthday present for Yvonne and one of the most famous houses built by the architect – the realization in practice of his ideas of functional housing on a minimum area. This is where he and his wife loved to spend their summers and where he died in August 1965 of a heart attack during another swim.

“We have nothing to hide!” apparently believed the American architect Philip Johnson. Why else would he have designed a house with transparent walls, letting everyone see how you’re cooking, playing at a casino poker online, or doing other daily activities! The Glass House was built in 1949: transparent glass walls are attached to a black metal frame. Inside there are no rooms – the room is a single space with a small brick cylinder in the center (inside there is a bathroom and a fireplace). Johnson didn’t live in the house permanently, but used it regularly for weekend vacations until his death in 2005.

Frank Gehry is also one of the architects who “believed in algebraic harmony” and experienced his architectural principles firsthand. After buying a house for himself and his family in Santa Monica in the 1970s, he soon turned it into a veritable symbol of deconstructivism. What looks like a “self-build” in a garage community on the outside became a real architectural sensation and brought fame to the young architect.

Being inside the famous “Schröder House” in Utrecht designed by Gerrit Rietveld is like being in a three-dimensional picture by Mondrian. Rietveld is said to have transferred the principles of abstract painting of the 1920s into the architecture of this project. The house was built in 1924 for Truss Schröder and her three children, but it was here that Rietveld himself spent the last years of his life after the death of his wife. It was a truly revolutionary project for its time: with strange facades, an open space without walls on the second floor, with colored plywood panels instead of curtains, transformer beds, and an elevator upstairs to transport food to the mistress’ chambers. All this was a challenge, a “slap in the face to public taste” and well ahead of its time.