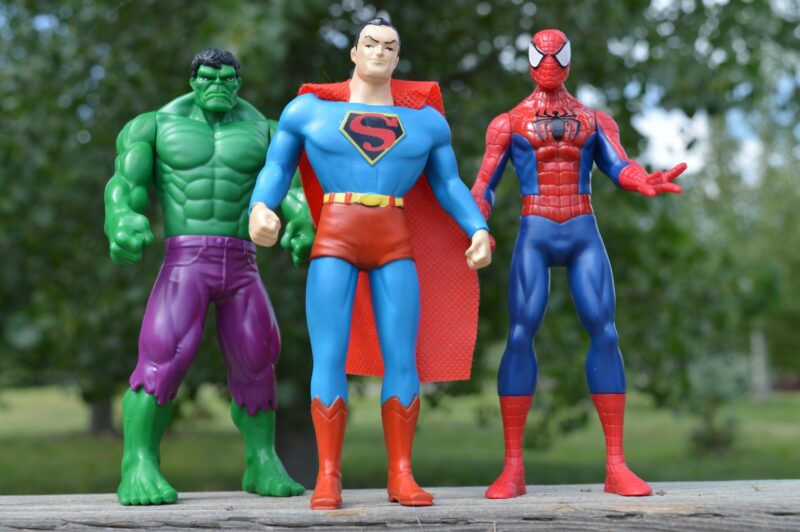 Collecting hobbies can be some of the most fun and stress-free type of hobbies to have. Especially during the pandemic, it can be something that you take pride in and want to display around your home.

In the era of the internet, there seem to be die-hard fans of any niche subject out there. Collecting is no different, and it may leave you surprised at just how many different things are collected by a big group of people.

So, what are some of the most popular things? What is on the rise?

Dip your toe into the world of collecting, which increases in popularity with the passing years.

This is a common one that a lot of people are into collecting and have been into for a long time.

One example is someone who is a Plush Collector of rare Ty Beanies. There are three different generations of Beanies that can be collected and people will pay anywhere from $5-$50 for some of the rare ones.

Beanies that people may desire include Humphrey, Chilly, and Grey Happy. But, certain ones are valuable with a specific feature, such as Quacker without the wings.

Lego Toys are another group of highly collectible toys. Depending on what specific item you have, hanging onto it and keeping it in good shape with all of the pieces can have a lot of value.

Then, there are niches like superhero action figures. These arguably have gotten a slight boost because of the resurgence of Marvel, you can visit sites such as https://thedirect.com/tags/spiderman/ for more information

Finally, one of the rarest items in the superhero action figure market is a 1976 Marvelmania Ghost Rider. This one is worth over $2,500!

People collect all different types of toys, but finding the right niche in collecting toys can end up being very valuable.

Another thing that collectors like to get their hands on is sports cards. These can be in all different sports from baseball to basketball to football, and more.

Of course, anybody who trades sports cards knows that the most valuable one of all is a T206 Honus Wagner Card. Made in 1909 by the American Tobacco Company, this is one of the rarest cards on the market, with less than 100 known to be in existence.

Authentic T206 Honus Wagner baseball cards can sell for OVER $6 MILLION! It does not even have to be in perfect condition to get a big haul, as ones in poor condition are known to drive in over $1 million.

Then, there are cards like the 1952 Topps #311 Mickey Mantle card that can drive in over $5 million. As for rookie cards, Babe Ruth’s is one of the most valuable out there at over $1.3 million.

However, baseball does not have all of the fun. Basketball has cards that are worth tens of thousands of dollars.

One tip here is to try to collect rookie cards of players that you think may turn into stars later. They tend to be the most valuable, especially if not many are made.

Stamps are among the most common items out there for collectors. This can go back a few hundred years and it is something that people all around the world can enjoy.

The most valuable stamp in the world was made all the way back in 1856. It is a British Guiana 1c Magenta and it sold for $9.48 million.

Of course, not all stamps are going to net you nearly $10 million. But, even the Hawaiian Missionaries, the tenth most profitable stamp ever sold, which was made in 1851, sold for $600,000.

Some stamps are considered more valuable because of a specific feature. The most valuable American stamp is actually one that had an error in production.

This is the Inverted Jenny Stamp, made in 1918. That stamp is currently valued at around $1.35 million.

This is something that you might see portrayed on TV a lot. But, in real life, comic books can be quite valuable if you keep the rarest ones in good condition.

One of the most valuable comic books out there is Action Comics #1.

Why is that so valuable? Because it was the first comic book to ever have Superman in it, back in 1938 when it got released. It is currently valued at $3.2 million.

Detective Comic #27, which came out the next year in 1939, is also very valuable for a similar reason. This was the first comic book with Batman in it. Because of this, it is valued at around $2.1 million.

Getting the first appearance of a major superhero or the first edition of a major comic book tends to bring in a lot of money, especially if that particular comic book is difficult to find.

Many kids grew up with comic books and appreciated them, but a smart collector also could have made a lot of money from them.

Do any of these collecting hobbies inspire you to join in on the fun? Dive deeper into toys, comic books, stamps, and sports cards by reading more of our Lifestyle & Entertainment articles.